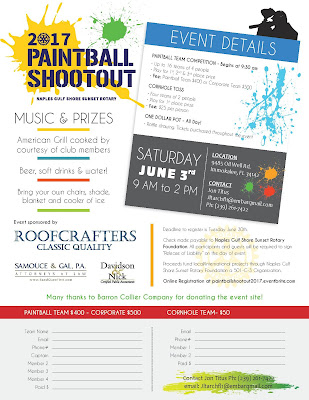 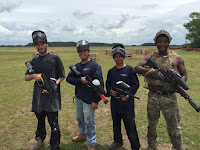 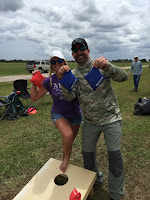 Posted by Naples Sunset Rotary Club at 8:05 AM 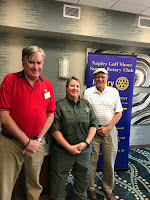 On Wednesday Morning, May 10, 2017, President, Rob Samouce, led the Club in the invocation and the pledge. Sgt. At Arms, Robbie Selby, collected happy bucks.  Rob Samouce updated us on upcoming Paintball Tournament (get your teams formed and let Jon know how you can help).

President-Elect Jim Juliano then introduced our speaker, Sgt. Leslie Weidenhammer, Coordinator of the Mental Health Unit at the Collier County Sheriff’s Office.  The Mental Health Unit partners with local Mental Health Professionals and Mental Health Consumers and their families to help persons with mental disorders access medical treatment rather than place them in the criminal justice system due to mental illness related behaviors.  25% of the general population will suffer mental health issues at one time or another and mental health disorders do not discriminate based upon socioeconomic factors of those having to deal with them. It is much less expensive for the taxpayers to place a mental health suffer in medical treatment if possible rather than incarcerate them.  Jail will typically exacerbate mental health disorders rather than help those suffering.  The Unit also works with understanding the traits and needs of those who have Alzheimer’s and autism. If you know someone who may benefit from talking with Sgt. Weidenhammer, she can be reached at the non-emergency Sheriff’s Office phone number: 252-9300.

Mark your calendars, unless otherwise stated, all our meetings are at Hyatt House Naples. 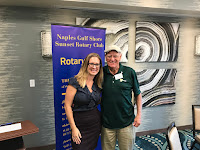 On Wednesday Morning, May 3, 2017, Jon Kukk led the Club in a beautiful invocation and the pledge. Sgt. At Arms, Robbie Selby, collected happy bucks.  Jon Titus updated us on the June 3rd Paintball Tournament (start getting your teams lined up and let Jon know how you can help).  Jon Kukk then updated us on the Tanzanian Water Project (description of project emailed). Our Club donated $5,000 to the $119K Grant Project that is being overseen by the North Naples Rotary Club. Our donation will be matched by District and then Rotary International (our 5K turns into $15K then)

President-Elect Jim Juliano then introduced our speaker, Liane Sanson, the local Area Director of Newborns in Need (NinN).  NinN works with the Birth Place at Naples Community Hospital to provide care necessities to the Hospital and other agencies servicing premature, ill or impoverished newborns throughout Collier County.  They provide “Baby Boxes” that can serve as a beginning crib, plus diapers, infant clothing, bottles, bath essentials, infant thermometers, blankets etc.  You can check out more about NinN and see how you can help by visiting their website at: https://newbornsinneed.org/

Mark your calendars, unless otherwise stated, all our meetings are at Hyatt House Naples.