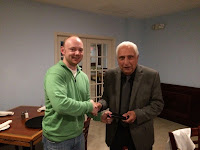 The November 20, 2014 Naples Sunset Rotary was called to order by President Bill Towers at 6:35pm followed by Invocation by Joe Davisow and followed by the Pledge of Allegiance. Following dinner President Towers introduced our speaker Gene Nara, Head of School, Royal Palm Academy. Mr. Nara has been a resident of Naples since 1977 when he moved with his wife and 8 children from Ohio. He was an administrator, coach, and teacher with Collier County Public Schools from 1977 until retiring in 2004. He has over 52 years of experience beginning his career in Ohio in 1962. Gene’s wife, Maggie, suffered a stroke and he was her caregiver for 7 years until she passed away in 2013. Shortly after, he decided to get back into his beloved field of education and accepted the Head of School position at RPA. He is a graduate of Findley College in Ohio and received his Master’s Degree in Education from Bowling Green State University. Mr. Nara discussed the latest events and happenings at the Royal Palm Academy and our members enjoyed his presentation very much. Additional information abouit the Royal Palm Academy made be found by clicking here. The meeting was adjourned at 7:50pm. 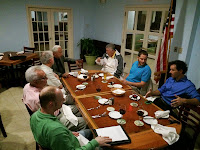 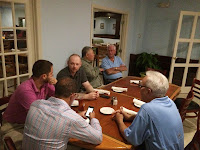 The November 13, 2014 Naples Sunset Rotary Meeting was called to order by President Bill Towers followed by Invocation by Joseph Davidow and them followed by the Pledge of Allegiance. After dinner a discussion on our November 5th successful annual Mercato WineWalk 2014 and a drawing to determine the winner of the raffle presented in the passports. After the drawing the meeting was adjourned at 8:00pm.
Posted by Naples Sunset Rotary Club at 10:45 PM